In celebration of our 80th anniversary, members were automatically entered in a prize drawing for fifteen $100 bill credits and three iPads. Canvas bags were given to members that visited the office, and longstanding members with continuous service dating back to 1943, were recognized with small gifts. 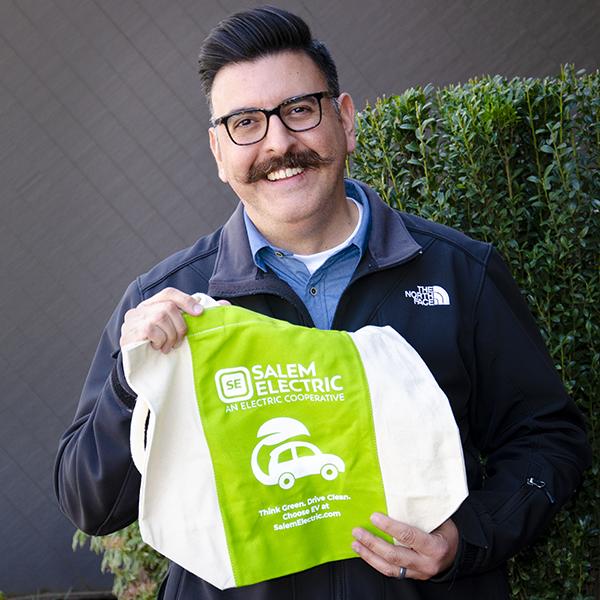 Marcos, SE’s energy analyst, holds one of the gifts given to members in April.

How Salem Electric Came to Be

Salem Electric was founded in 1938 by Harry Read, the owner of a local radio station. As a young entrepreneur, Harry approached his electric utility to inquire about a discount on his electric bill, but was turned away. Harry was persistent, and after speaking to other Salem business owners decided to form an electric cooperative. After three long years of traveling to Washington D.C. to convince the Bonneville Power Administration that the cooperative was eligible to be one of the federal agency’s preference customers, Salem Electric’s lines were energized in 1941 to serve 22 members.

Today, Salem Electric delivers electricity to nearly 19,000 members in its 17.5 square mile service area, providing power to members in West Salem, Keizer, and Northeast Salem. Salem Electric has 48 employees and is governed by a 7-member board of directors elected by the membership. Thanks for a great 80 years! We look forward to 80 more!